Return to Media Gallery
Next: Earth Day Clean Up

Colleen Gendron and Paula Sutton, members of the Citrus County Republican Committee recently met with Governor DeSantis, the First Lady, and two of their children in Dunedin. They presented him a special letter of appreciation with nearly 1600 signatures which he graciously accepted.  The letter was to thank the Governor for his strong, steady leadership during the pandemic and for allowing science, not politics to guide him. Signers acknowledged the Governor’s long-term care facilities strategy deserved the national attention it received as it helped minimize the impact on the elderly, especially when compared to other states. Supporters agreed it was important to allow people to earn a living and to decide for themselves how best to interact with others.

The presentation took place in the sports buildings at the Greater Dunedin Little League Closing Ceremony where the Governor threw the opening pitch . 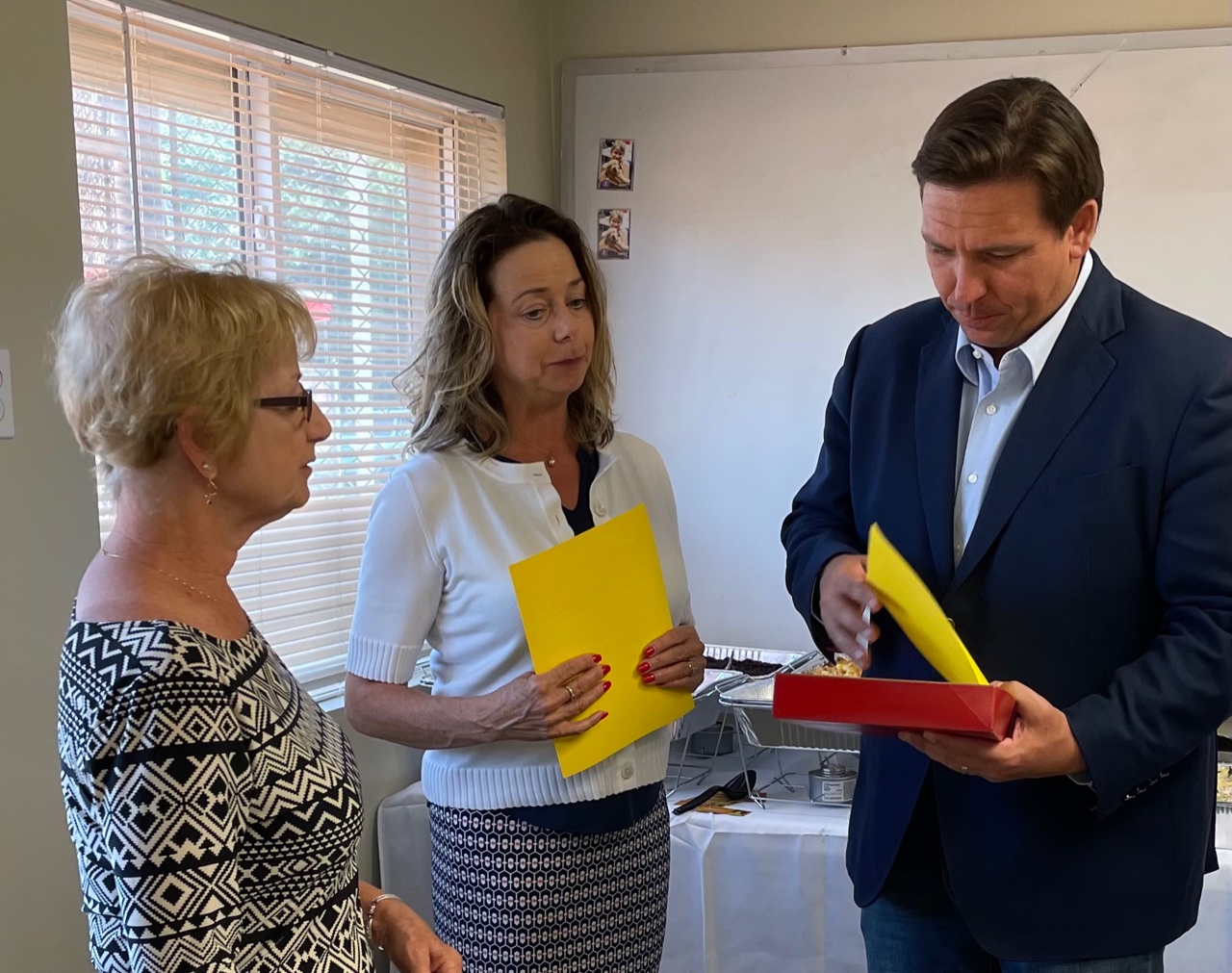 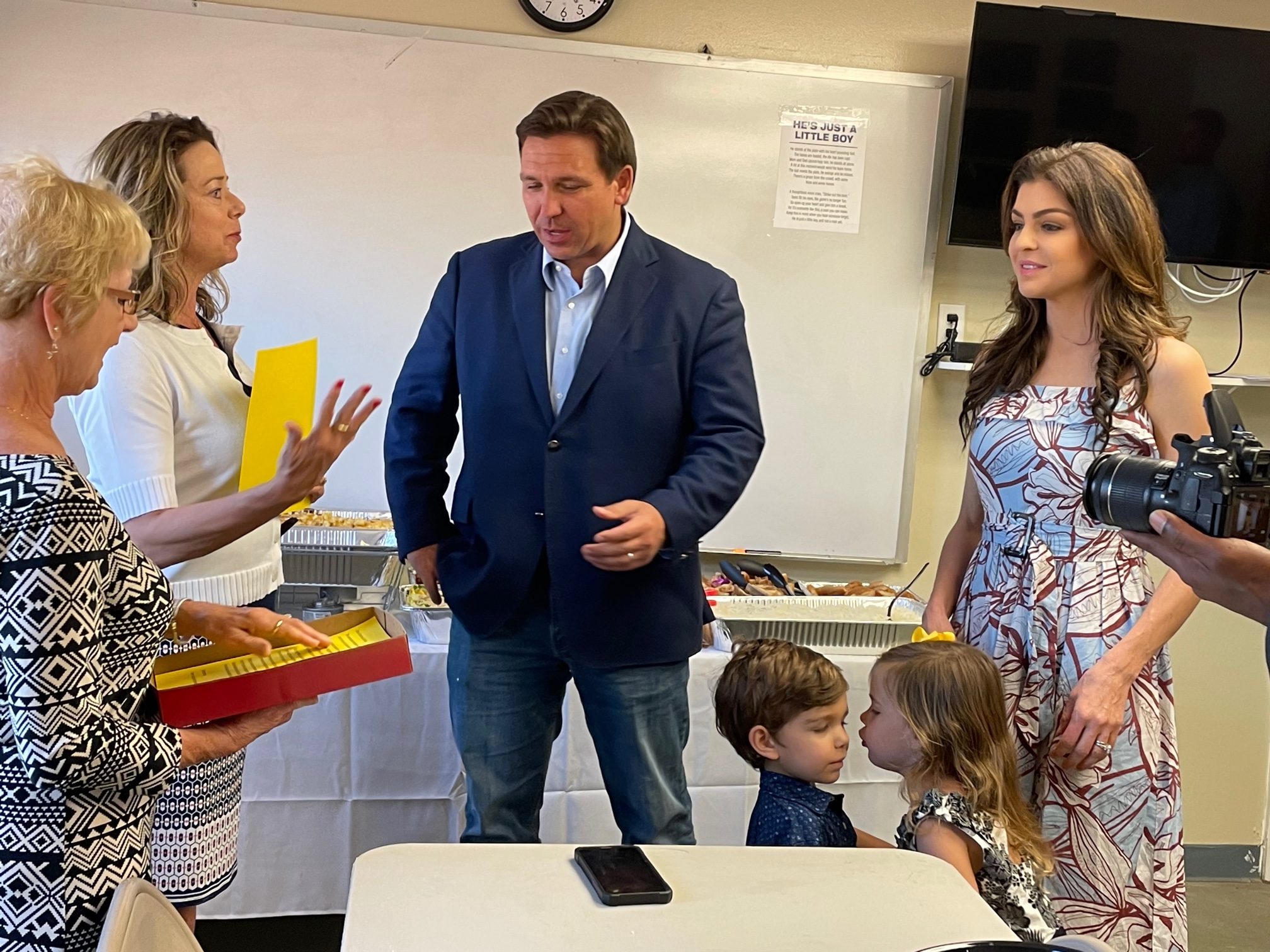